VR Viewer menu, is where the user can export 3D scenes into *.vrpackage file format, and view it in either Desktop Or VR Mode. 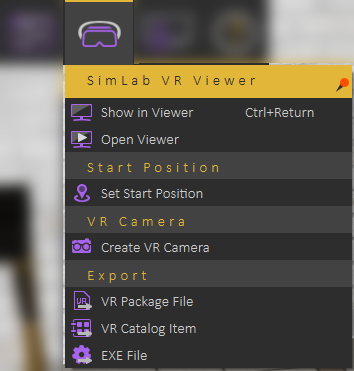 More information about Textures Optimization can be found here

Optimize Package: Optimize package merges all objects sharing the same material into one object, which in turn speeds up the experience and smoothest it significantly, specially when the model has large number of objects. Optimize package will affect static objects only, so if you have objects that has animation, scene states or are part of any interaction they will be excluded from the process and any interactions in VR will occur without any problems.
VR Viewer Only: When checked, the exported VR package can not be imported by SimLab Composer
Enable VR Menu: The experience designer can control what the user running the VR experience will be able to view, or how the user can interact with the scene in the VR Viewer 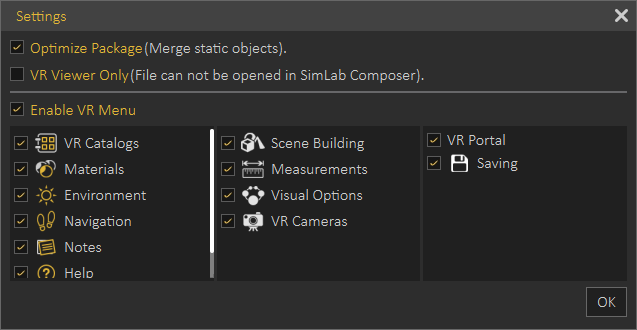 Opens the stand alone VR Viewer, viewer can be then used to open a VR package, or to share a VR package with others.

Users starting VR experience without calling Set Start Position will automatically have Viewer Start model added to the scene and will be able to set its location in the scene. 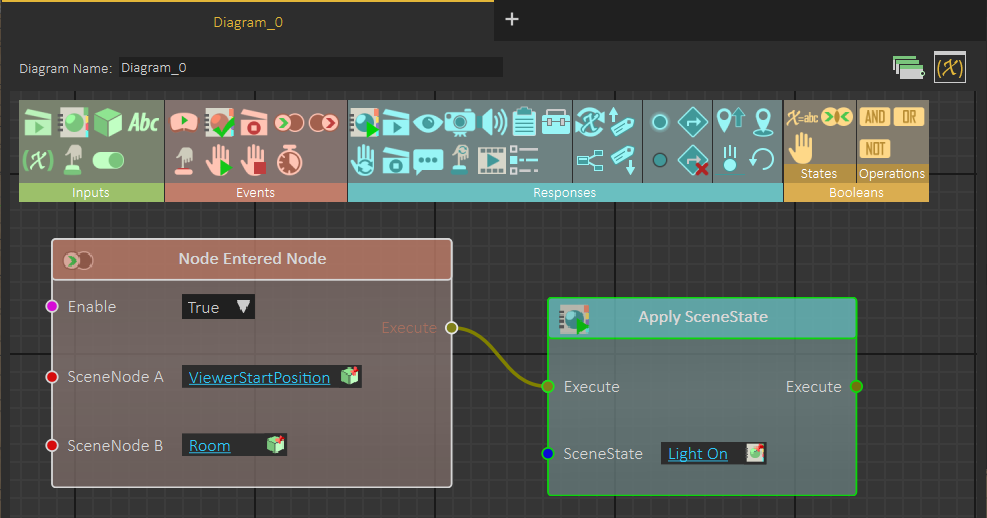 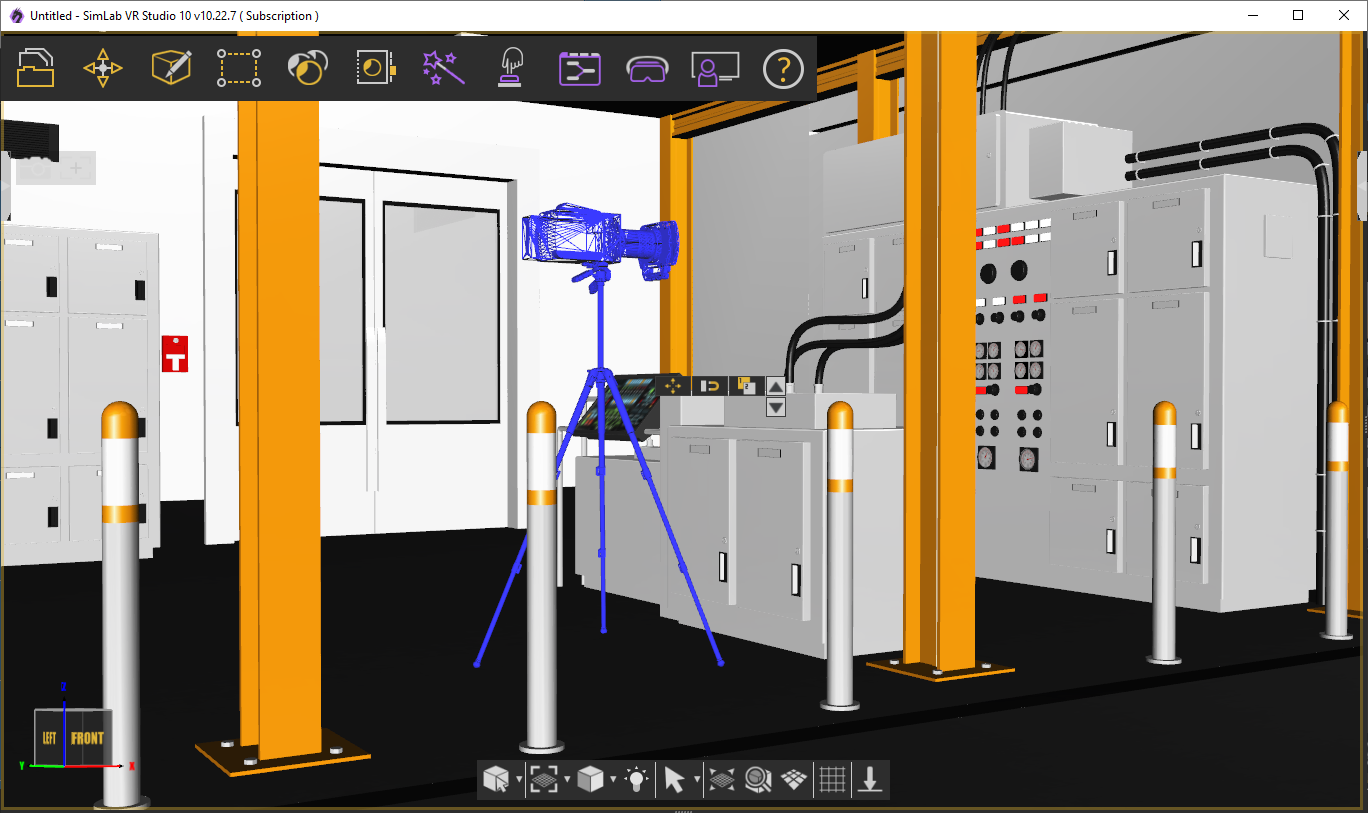 User can place multiple VR Cameras in the scene, while running the VR experience the user can activate the Camera Teleport mode, by clicking on it, or using the shortcut (4), as shown in the following image 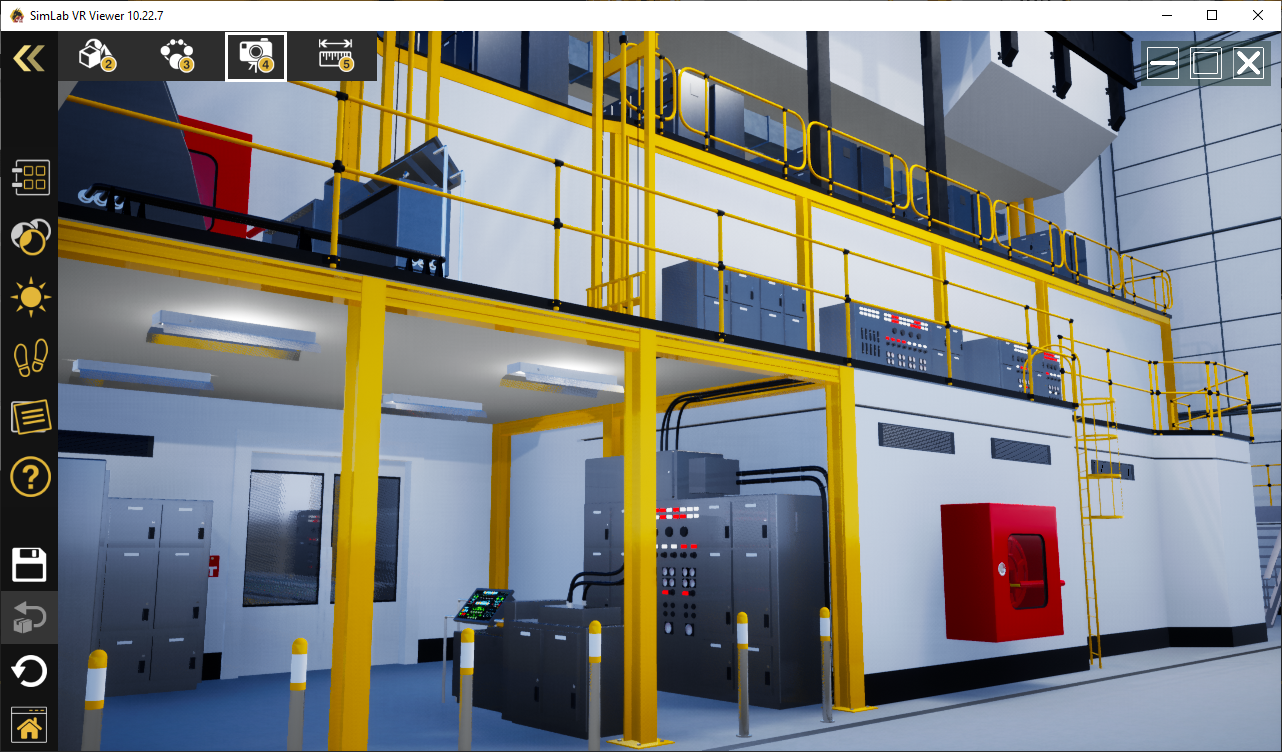 When starting Camera Teleport mode the scene turns into ghost view , VR Cameras are shown as white spheres, hovering over one of the spheres shows the view seen by the camera, clicking on the white sphere moves the user to the VR Camera location. 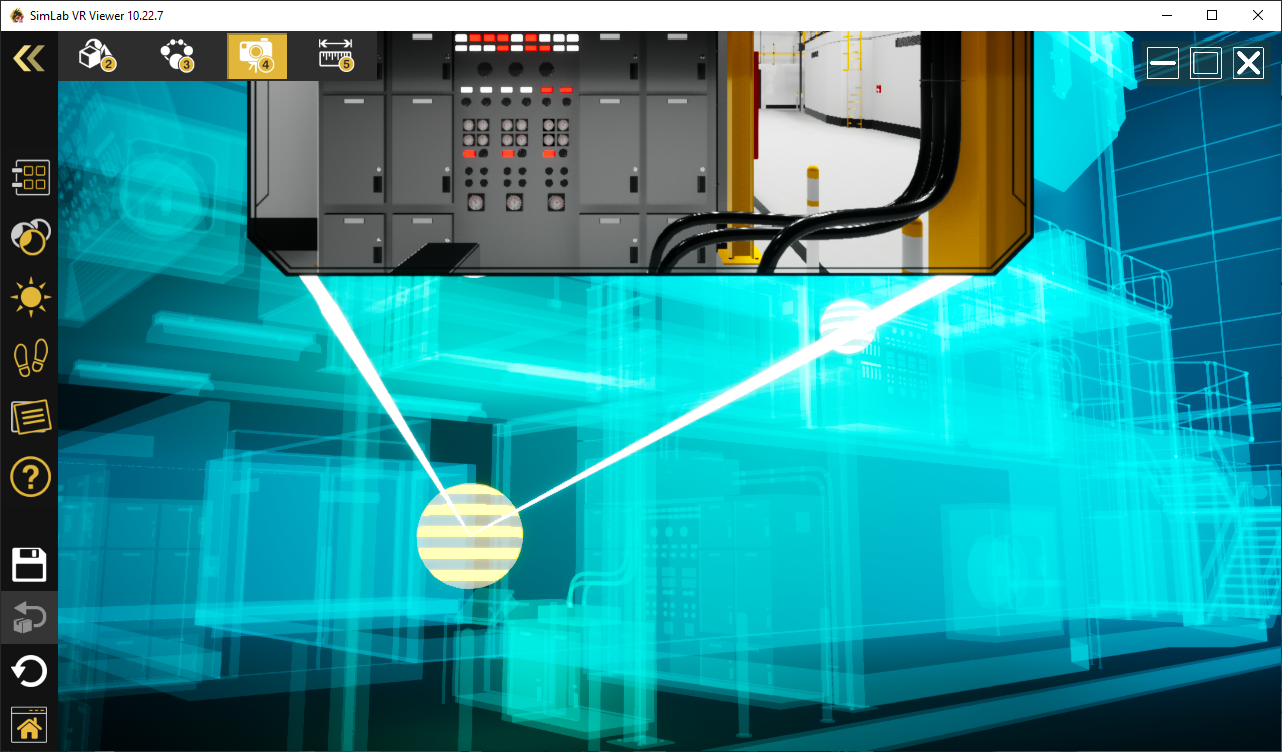 VR Camera can also be used in Training Builder, in the Teleport to Camera response block. When this response is called, the viewer is moved from current location to the location of the VR Camera connect to the response block 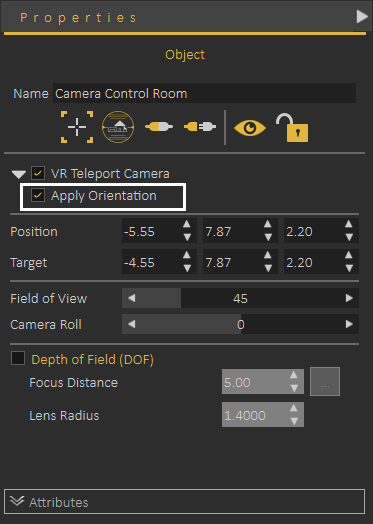 VR Camera can also be linked to the Surveillance Plane under the VR Effects menu, to learn more about using VR Camera with VR Surveillance camera use the following link

Export the current scene as a VR Package (*.vrpackage),  which can be opened using the free SimLab VR Viewer. When exporting the VR Package the user can set

This information will be visible in the VR Viewer to help users to find the correct VR experience.

VR Catalog Items are very similar to VR Packages, and they share the same extension (*.vrpackage), the only difference is that they will not require adding Viewer Start model, as the are not planned to be used as stand alone VR experiences, they are created to be used in VR Catalogs, visible while running the VR experience, as the once shown in the image below 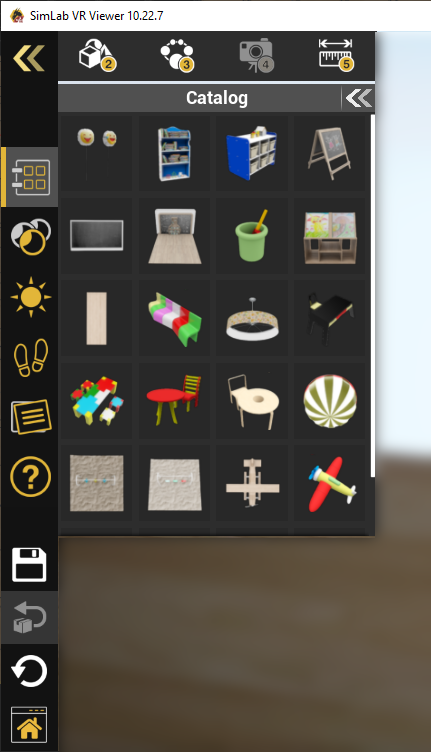 EXE files can be exported from the Windows version of VR Studio, they are similar to VR Packages, as they include the current scene. EXE files can be shared with users who do not have VR Viewer installed.
Upon clicking on the EXE, it will try to find VR Viewer, if found it will use it and open the scene. If VR Viewer was not found, it will automatically install latest version of VR Viewer, then it will use it and open the scene, which makes it easier to share VR experiences with new users.