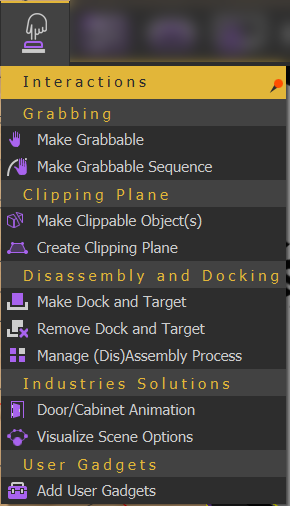 Makes selected object(s) grabbable in the scene. A grabbable object is an object that can be grabbed by controller in VR experience or using desktop hand and can be moved from one place to another. 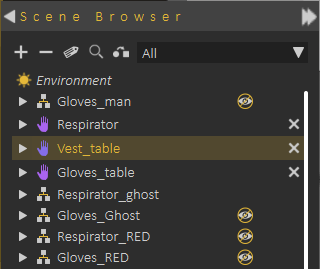 Grabbable objects are highlighted clearly in the Scene Browser

Grabbable sequence allow users to interact with 3D object(s) in VR by linking object(s) to animation sequence. In the image below an animation for control arm was saved as sequence, then linked this sequence to arm object used Grabbable Sequence. When the arm is grabbed in VR the path appears and the user can move the grabbed object along the path.

Can be used to view a section of the model or to hide specific objects in the scene. Select objects to be clipped then check

By determining the Clipping Plane and Clippable Objects the user can make clipping effect for some or all objects in the scene.

Dock is the static object, and Target is the moving one (grabbable), so the Target needs to be made Grababble first. After selecting this function the user will be asked to Select Dock Node, then to Select Target Node, and last to Configure object orientation.

In VR experience the user grabs the Target and when it is left (grab ends) while it is intersecting with the Dock, it is moved to the dock target predefined position.

Selecting this function will prompt the user to Select Dock Node, and Select Target Node then the relation will be removed

In case assembly / disassembly process is linear, which means it goes in a defined order this function can be used. It simplifies the process and makes it move in very specific scenario. Highlights will guide the user throughout the assembly / disassembly process with ease and without any confusion. Green highlight object in an assembly refers to the current available part of the system that can be removed. Yellow highlight indicates that the object can be grabbed.

Blue highlight in the assembly indicates that the object can be placed in there.

Press Right Mouse to toggle the hand. The hand has a fixed position at the center of the view, but can be moved away or closer using the mouse scroll.

Note: training builder can be used for creating a more open  assembly / disassembly process. It can be used to define the logic for the processes, giving the user more control without forcing her/him to adjust model structure in Scene Browser or go through a single path of exclusion.

SimLab VR Studio is continuously adding new features to make the experience of its users more joyful, and easier.

Automatically creates an animation for an object depending on its type, for scenes with multiple objects of the same type. There are two main methods for defining which objects to animate:

With this method, the user will manually select the components in the scene to create an animation for.
This method is suitable for scenes with small number of objects. Check the following tutorial on automatic animation for Doors / Cabinets using Object Selection Method

With this method, the user will type in the name of components, and SimLab VR Studio will automatically find them in the scene and list them.
This method is more suitable for scenes with large number of objects to animate. Check this tutorial on automatic animation for Doors / Cabinets using Object Name Method 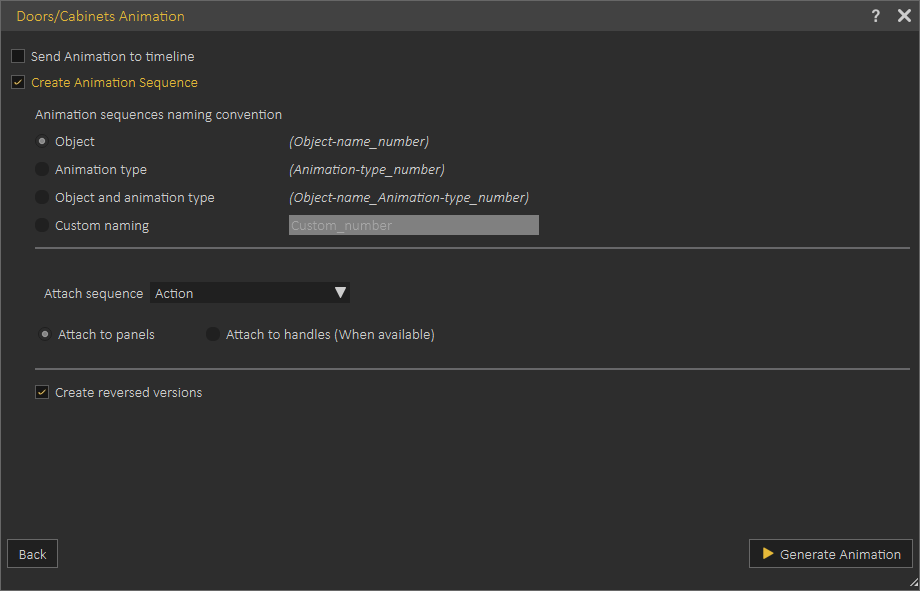 Press "3" on your keyboard in VR Viewer to show available Pins, "LBUTTON" to select Scene States/Animation Sequences which appear as entities from the Pins. 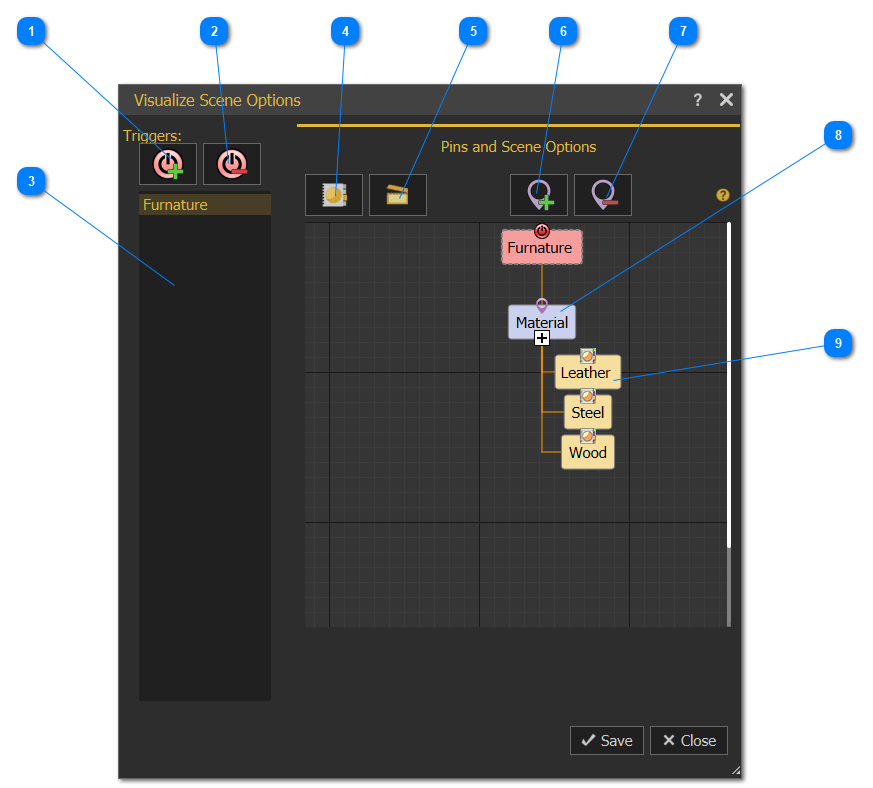 This function will add some gadgets to the Viewer start model, as shown in the dialog below: 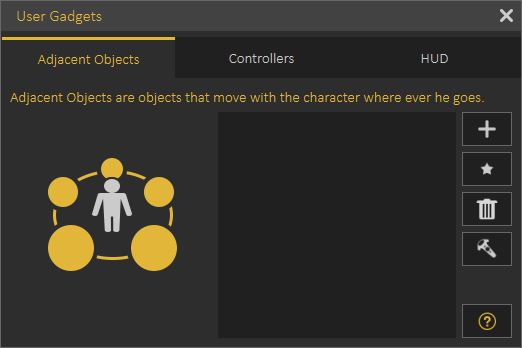 Adjacent Objects: which are objects that move with the Viewer start model in the VR environment. They can be something like tools (screw driver or hammer). Check this part of tutorial for more about Adjacent Objects.

Controllers: which allows the user to change the VR controllers with selected 3D models for Hands, or Gloves. The following video shows effect of using Controllers in the VR experience

Hud: Hud is a plane shown in front of the user so it is easy to show instructions or current status. The following video shows the Hud appearance in a VR experience.

Change Equipment State Response in Training Builder, can be used to control equipment state (Equipped or Unequipped) for all gadgets (Adjacent Objects, Controllers, and Hud) 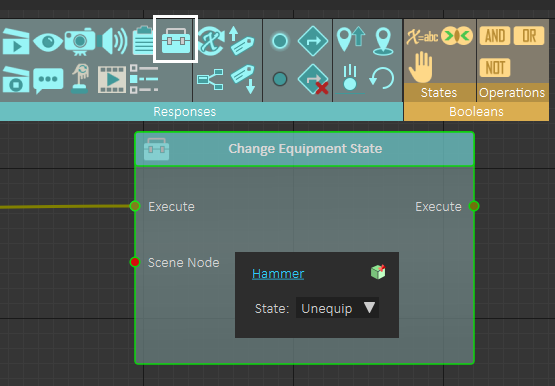