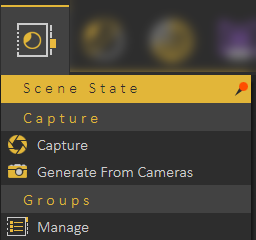 Enables the user to capture different configurations for the selected 3D model(s) (Selection option), or for the whole scene (Scene option). The user can check the properties to include in a scene state.

Scene State may include a combination of:

Scene states can be applied as Object Actions in the Properties dialog. Apply Scene State can also be used as a response in Training Builder

Captures scene states from the created cameras in the scene, as shown in the image below. 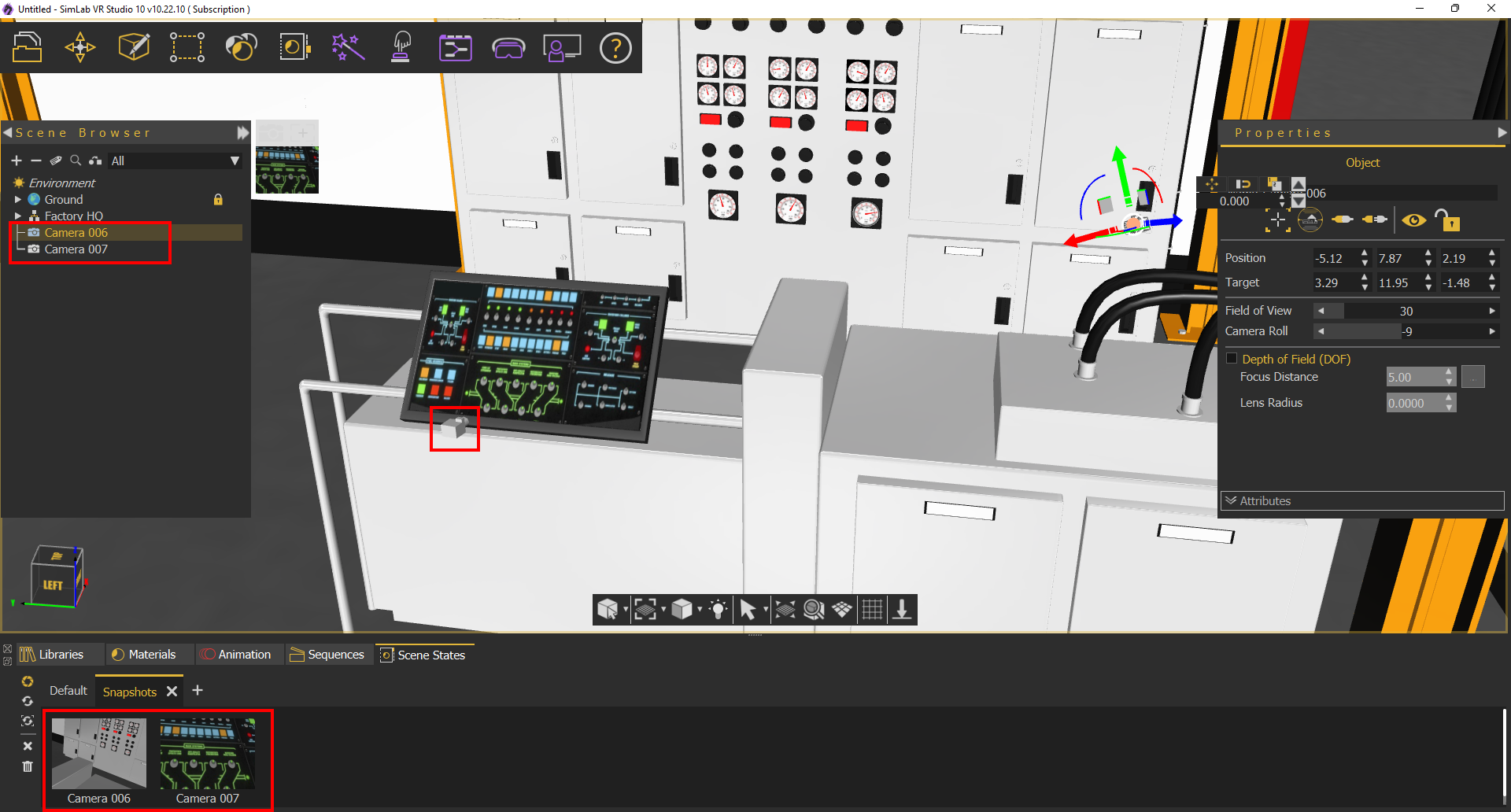 When creating a new Scene state it will be automatically added to the active group tab in the Scene State Library. 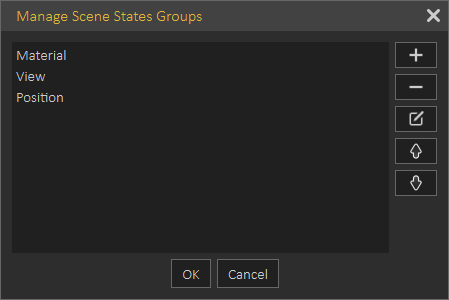 The following tutorial shows how to use Scene States