Scene States enable the user to capture different configurations for the selected 3D model(s), or for the whole scene. 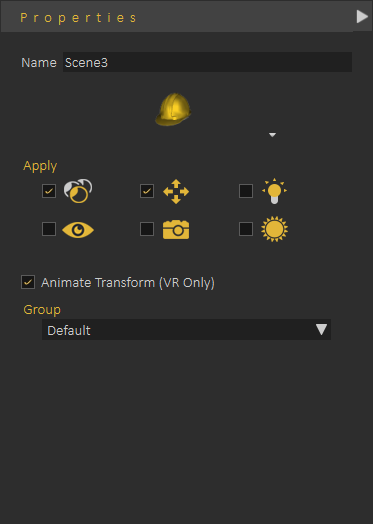 Scene State Library, includes small tool buttons on the left side, allowing the user to:

Scene State Groups are very similar to Sequence Groups Library, they can be used to organize Scene States, a new group can be added by clicking on the + button next to group tabs, to rename Scene State Group the user needs to double click on its tab label as shown below