Includes all Transform/Snap/Pivot Tools necessary for positioning any geometry in a 3D scene. 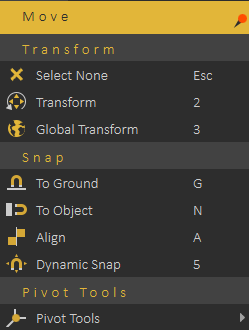 Transform; displays transform axes on the selected object allowing the user to move, rotate, and scale the object. The transform axis will be aligned with the object orientation as shown in the image below. shortcut (2) 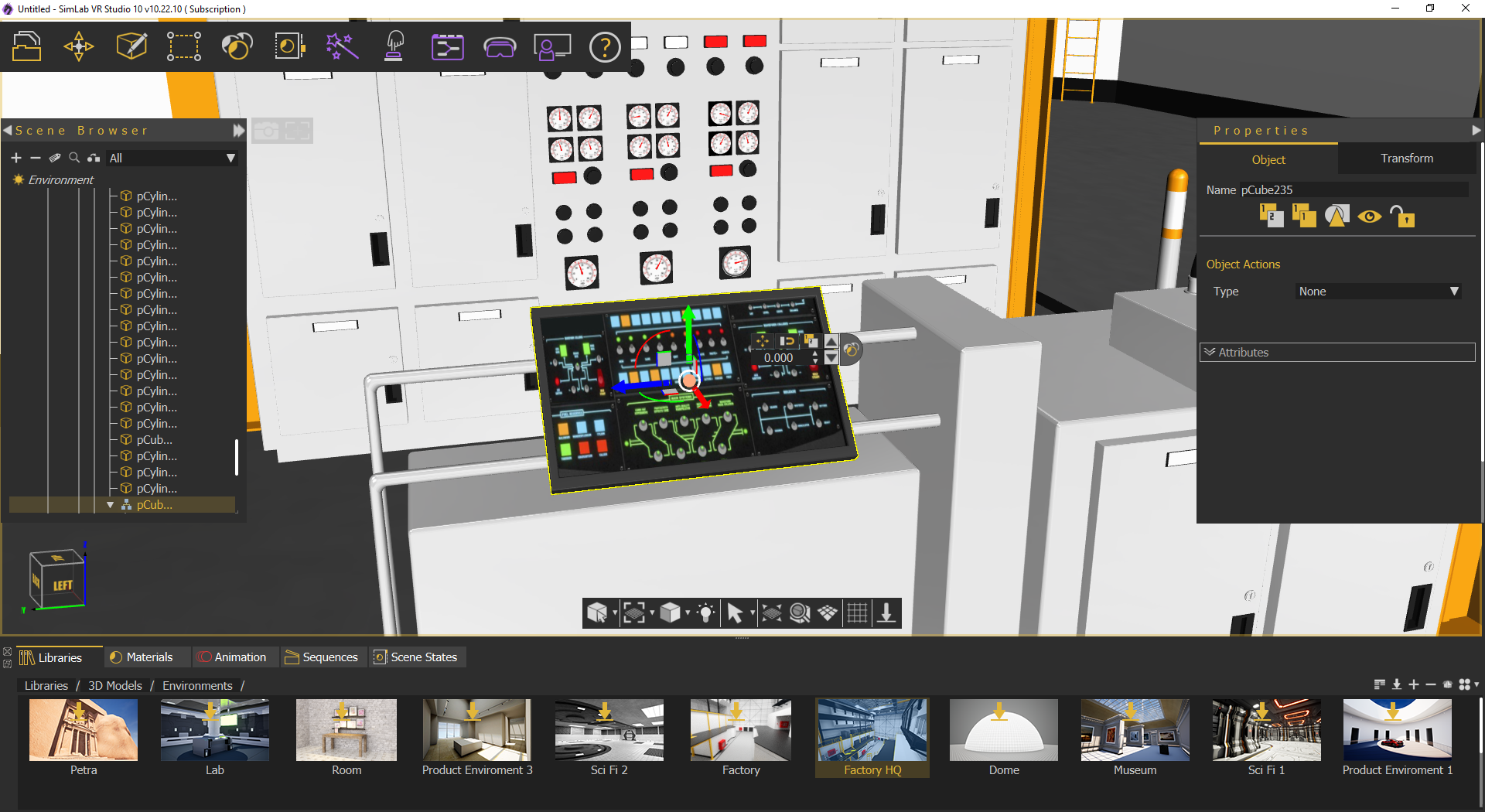 Global Transform; displays transform axes on the selected object allowing the user to move, rotate, and scale the object. The movement axis will be aligned with world axes,  so direction is not affected with selection rotation, shortcut (3) 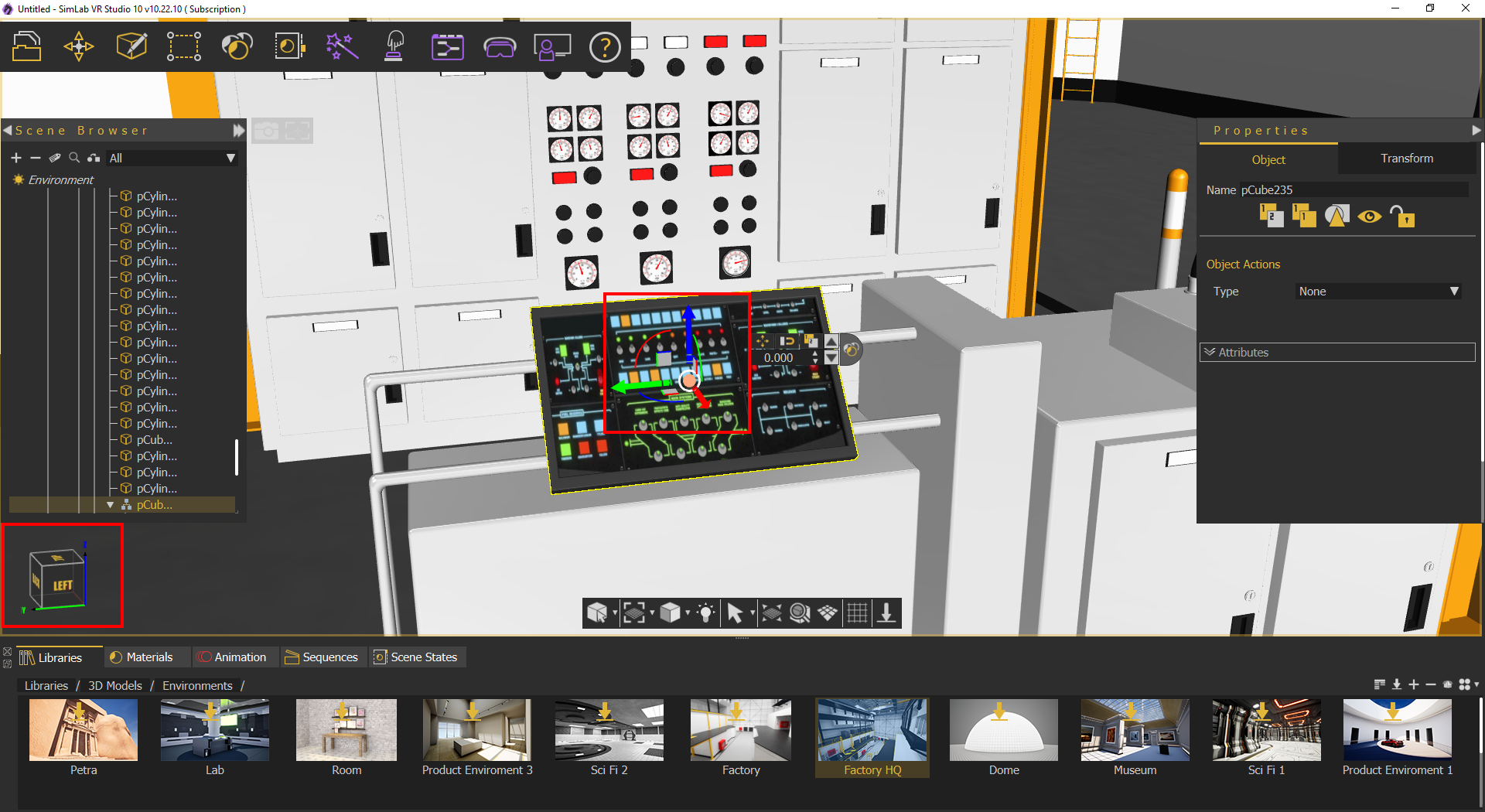 When the user clicks any dragger, a small scroll combo box will appear in the Quick Access Toolbar. The user can use this box to input exact numbers for translation/rotation/scale or can just scroll up and down. If the user prefers to freely drag the 3D geometry, this can be done using the dragger in the 3D area

Snap functions are used for aligning 3D models, and there are two types:

Snap To Ground; snaps the selected object(s) to the ground shortcut (G)

Snap To Object; prompts the user to select the object to snap to, then snaps the selected object(s) to the target one shortcut (N)

Align; aligns selected object(s) along a user defined axis, can be used in conjunction with SimLab VR  Studio picking modes shortcut (A) 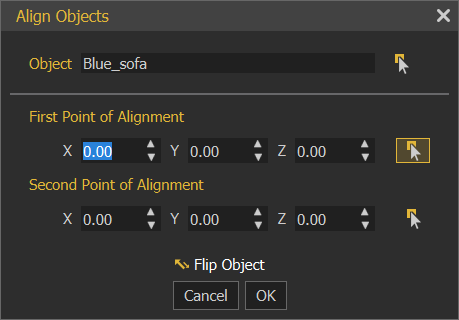 Dynamic Snap; a smart tool that aids the user in placing an object in accordance with its surrounding. When activated, a blue box will envelope the selected object which in turn will snap and collide with nearby objects giving the user a guide on how to place the object without penetrating other objects in the scene shortcut (5), check this tutorial

The pivot of a 3D geometry is the point around which transformations to that geometry are applied. By default pivot is in the center of the geometry, if you want to rotate the object around one of its sides instead of its center, you need to move the pivot.